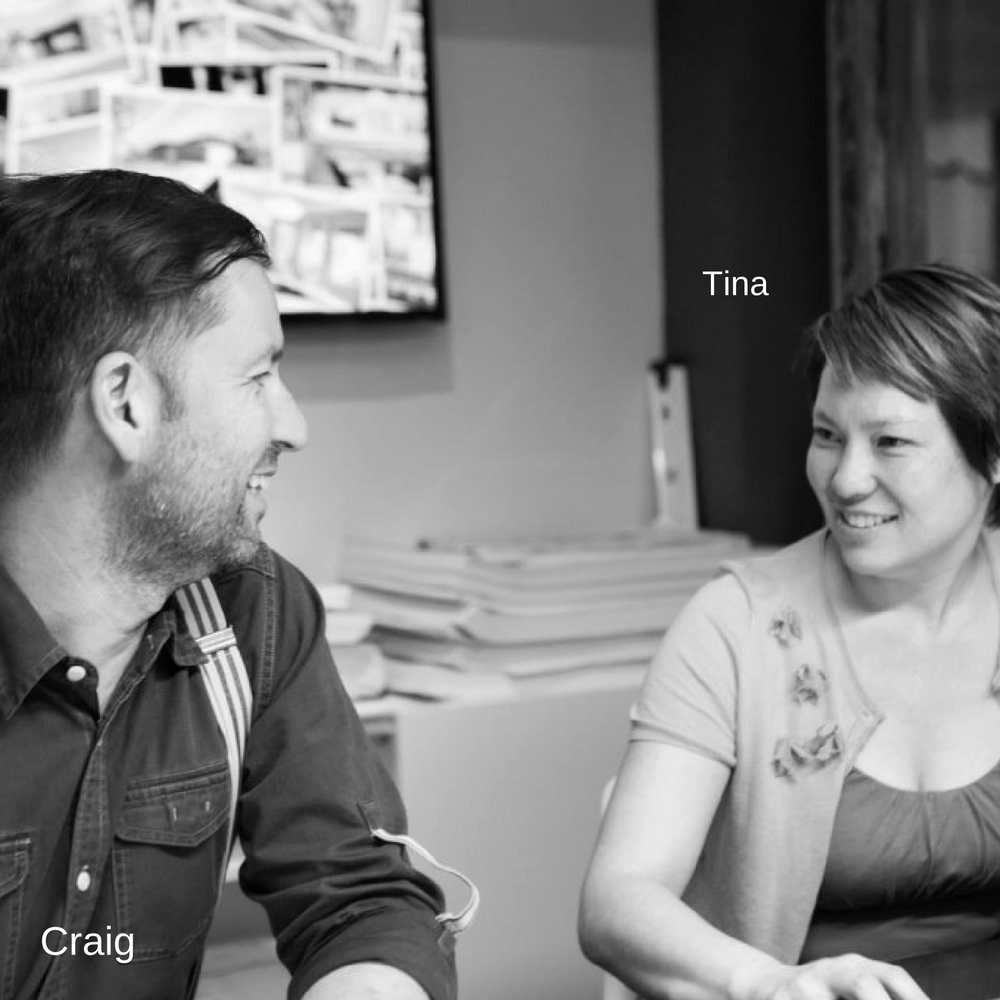 On this episode of The Chaise Lounge, one of the top interior design podcasts, Nick chats with Tina Wichmann and Craig Palacios from BUNNYFiSH Studio in Las Vegas. This duo talks about how BUNNYFiSH came to be, how they got into architecture, and what “luck” means to them.

Getting to know Tina and Craig

Craig and Tina are business partners in Las Vegas. Tina enjoys wine, boots, and naps. She is currently reading The Little House on the Prairie series on her Kindle and said that it grounds her and gives her perspective. When asked about an ideal vacation, Tina mentioned that a bungalow over the water somewhere sounded appealing.

Craig prefers beer and is still discovering his interests outside of work. If he weren’t a designer/architect, Craig would like to own an English pub. And he agreed with Tina on a bungalow vacation.

BUNNYFiSH Studio currently employs nine individuals. Having opened in 2011, the firm is still pretty young. It was founded and located in downtown Las Vegas when there wasn’t much to see there. The team is small, scrappy, and willing to take risks. BUNNYFiSH mostly works on hospitality projects in urban spaces where they change the purpose of a building in order to revive the area.

Craig and Tina are inspired by fun boutique brands like The Renaissance in Montreal or The Kimpton properties. They like brands that are willing to stick their neck out in less developed areas to make an impact.

When Did Tina and Craig Get Interested Architecture and Design?

Tina as a little girl wanted to be an architect. When her family moved into a new house, she got to know the construction workers, who set aside boxes, blocks of granite, etc for her to build within her backyard. She ended up with a degree in psychology and worked in the medical field for eight years. Later when Tina moved from Los Angeles to Las Vegas, she discovered a bridge program at UNLV where she became an architect and met Craig.

Craig always had interest in design, initially fashion design. Later, he held a position on a construction crew. The desire for fashion and design came together with his work experience, which paved the way for a focus in architecture.

After school, Tina and Craig interned and worked for other people as an apprentice. When the economy took a downturn, thankfully they were still employed. Coincidentally, they individually resigned from their positions for separate reasons. For a bit, they took separate paths, then came together to start BUNNYFiSH as the ball was already rolling with projects Craig had lined up.

What’s With the Name?

Craig went to the Nevada State Board to get a business license but didn’t have a company name. Initially, he went with Craig Sean Palacios Architect Studio. As more and more people came on board, the name was problematic. He and Tina wanted an inclusive name, but The Architect Studio was not accepted. So they needed a name quick and started brainstorming around taking two fundamentally different things and smashing them together to make something new, similar to what they were doing with their projects and properties. They came up with BUNNYFiSH and the name was accepted. The name isn’t a deal breaker for clients, but it makes them curious. And with a name like BUNNYFiSH, you need to have the chops to back it up, which Tina and Craig do!

How does the Partnership Work? 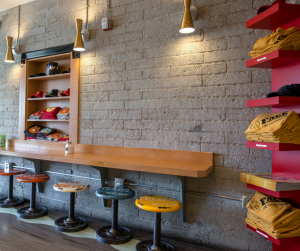 Tina and Craig have realized that each of them can do anything, but individually they cannot do everything. Each are principal in charge of fifty percent of projects in addition to Craig handling business development and networking while Tina works on everything related to human resources and finance. At any given time, the team is working on 10-15 projects ranging in size.  All work to date is in southern Nevada, but they are currently looking at projects all over.

How to get the word out?

BUNNYFiSH received quite a bit of publicity early on as a benefit from partnering with Tony Hsieh of Zappos on a project or two. In addition, Tina and Craig worked hard to make sure they received credit for what they did.

Tina and Craig mentioned that in hindsight they wouldn’t do anything differently, but had the opportunity to partner with Tony Hsieh not have presented itself, growth would have been slower – which would have been fun too. Rather than chalking this partnership up to luck, Craig feels strongly that in order to have “luck” you have to work hard and put yourself out there.