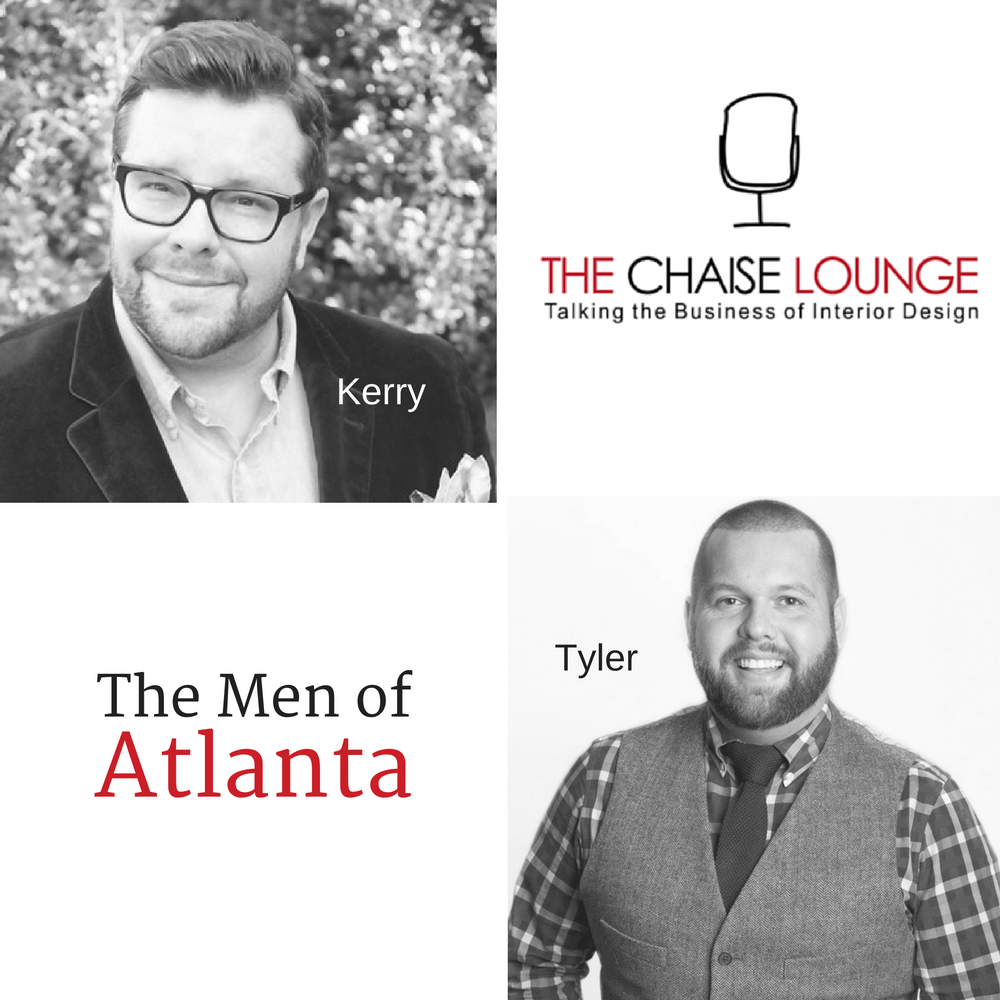 Atlanta’s very own Big Daddy and Mayor of Interior Design

Today in The Lounge, I get to talk to two of Atlanta’s favorite men of interior design.  Kerry Howard of KMH Interiors and Tyler Lynch of so many things. Let’s just jump into the conversations… 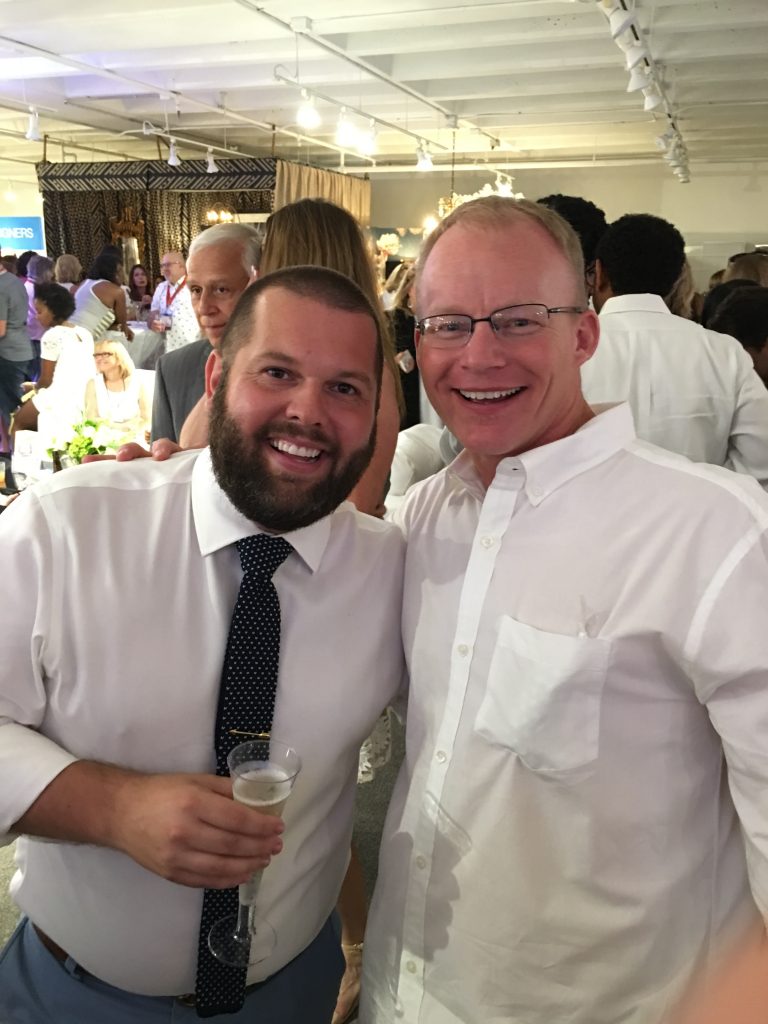 for the Design Bloggers Conference, but met him at ADAC with interviewing Eric Haydle.  Tyler Lynch works as a territory manager for Codarus at America’s Mart in Atlanta. Early on he discovered that visual merchandising was one of his passions so it has been a great fit.

He considered becoming an Interior Designer a number of times, but ultimately he’s decided that he really loves product. And the roots go way back. His parents owned an antique store growing up and he would jump at the change to merchandise the front window even as a child. As he grew older, he even rented his own booth from them and began selling items that he found on his own. And his bedroom was a living showcase of all the unique items he found along the way.

So it was only natural that a few years ago, along with Kerry Howard (who appears next on the show), he launched Thrift with Tyler, a luxury bus tour throughout Georgia to Tyler’s favorite, top-secret spots for antiques. Tours happen every May and October with just 55 seats on each tour. Profits benefit local charities, most recently the State Historic Preservation fund. The tour has been a major hit. Head over to Facebook to get a seat on the next adventure.

Up next on the lounge is Kerry Howard, owner of KMH Interiors. 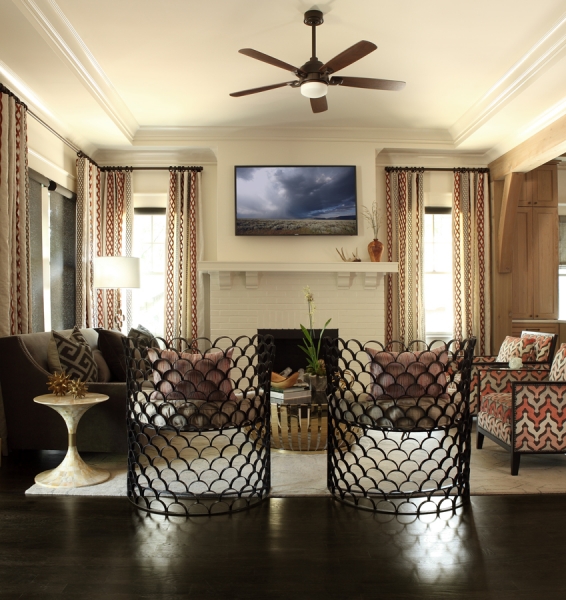 Way back before a series of fortunate events jump-started his career in Interior Design, Kerry was working in a hydraulics factory, and he was installing wallpaper on the side. His Aunt owned a furniture store and had always let Kerry help out so when he expressed an interest in Faux Finish painting, she paid for him to start taking classes.

Then one day, Kerry was waiting in an auto garage and happened to meet an Interior Design professor from a college nearby in South Carolina. She invited him to come check out the school and so began Kerry’s love affair with Interior Design.

The beginning of something great

He absorbed everything he could while in school, taking advantage of every opportunity possible. He attended multiple conferences and even started the ASID chapter for the school.

After school, Kerry moved to North Carolina to work for Broyhill Furniture. He designed a number of showrooms for them across the country until one day a headhunter recruited him to completely change the image of a furniture company in Dublin, GA. Though it wasn’t his dream job, it allowed him to pay off his student debt and gave him the opportunity to build a team and make a big dent on a company.

His heart was always in Atlanta, though. So one day, he put in his two-weeks-notice, sold his house, and moved to Atlanta to start his own company.

A series of fortunate events 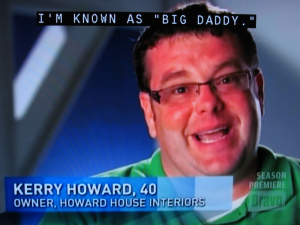 While he was building the company, a friend recommended that he audition for Top Design on Bravo. He went for it and got cast in Season 2 and that forever changed his career.  Self named as “Big Daddy,” Kerry won the hearts of many.

After that, everything seemed to fall into place. Next, HGTV asked him to compete on Design Wars (which he won, by the way!) After that, professional photographs of his personal residence landed him in Atlanta Home Magazine. And since then, he’s been published 28 more times!

He’s been in business now for 12 years and has four employees. Like many designers we’ve talked to, he had more employees at point in time, but felt like he was spending all his time managing instead of designing, so he eventually scaled back.

He admits that his first employee probably should have been someone to take care of billing. He has someone now who has completely changed the way he does business.

Last year, Kerry was the president of the Georgia ASID chapter. “It was like hosting the Oscars,” he says. He felt so honored to get to serve his term and freshen up the organization a bit and get more students involved. It was like having a whole other full-time job, but he has no regrets. He learned a number of things that he has taken back into his own business.

Speaking of transferable skills, Nick and Kerry talk about how they both actually consulted their dentists (yes, dentists!) for business advice. You never know where you’re going to find great tips, so keep your eyes open to other industries other than your own.

Kerry has a dream— the kind that gets his heart racing when he thinks about it. Back home near Greenville, South Carolina lies a deserted cotton mill town, “The Mill Hill.” And the vacant plant and over 40 homes are just calling to him, waiting to be transformed into a thriving community once more. 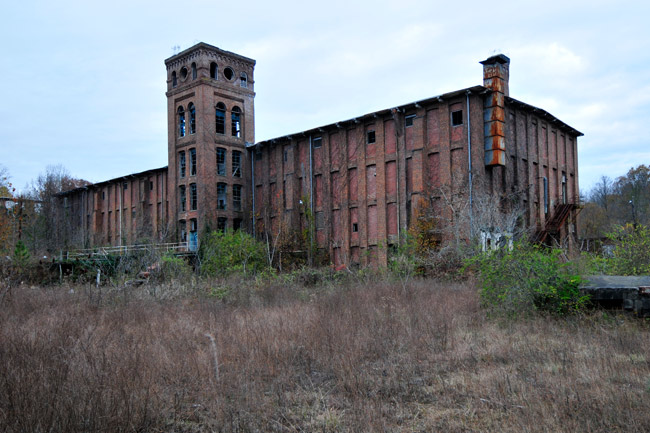 If you would like to hear more episodes, please visit us on iTunes or on our website atTheChaiseLoungePodcast.com.  Lastly, find The Chaise Lounge on Instagram, Facebook and Twitter or post a review on iTunes, you may even hear your review read live on our next podcast. With that said keep dreaming big, and keep designing a great design business.  See ya!