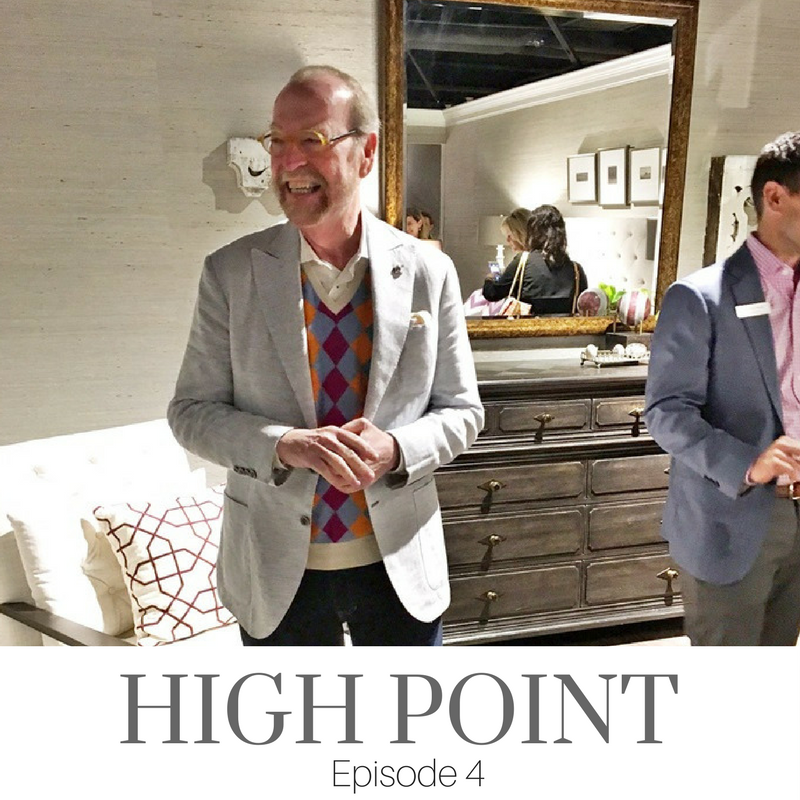 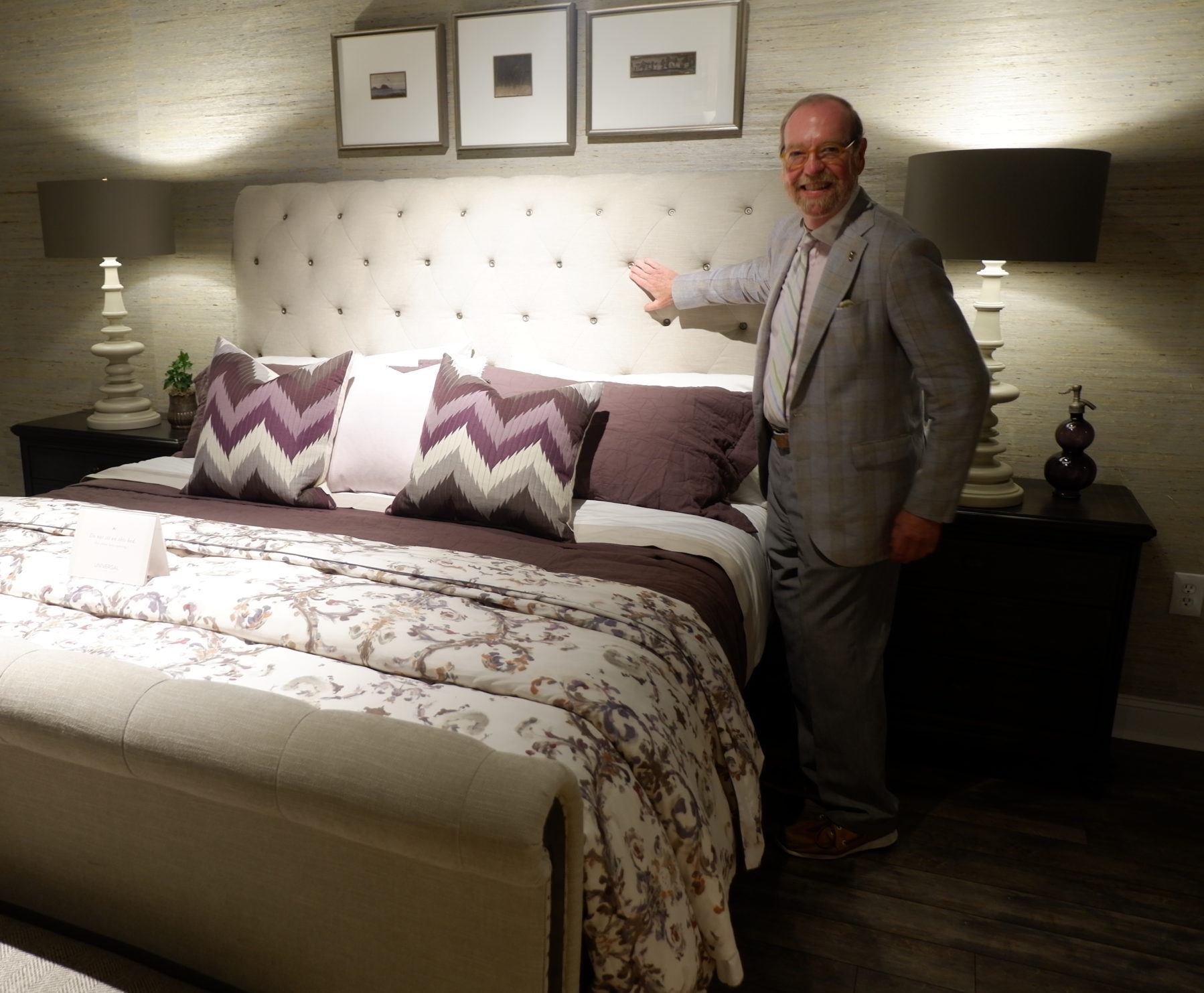 Today in The Lounge, Nick chats with Alexander Julian, fashion and furniture designer, at High Point Market. Alexander talks about where he found his start, and what he’s learned in his journey to success. Nick went live on Facebook with Alexander Julian at the Universal showroom. Watch here!

Getting to Know Alexander

Alexander has an affinity for older films, so while the most recently made movie he saw was “Hidden Figures,” the last movie he watched and enjoyed was a 1938 rom-com called “Bringing Up Baby.” When he’s not reading emails, he’s reading the works of P.G. Wodehouse. Alexander’s favorite piece of technology is the iPhone for all the work it enables him to do. The last piece of furniture he added to his house was a bowtie table he designed and produced with Jonathan Charles. His own designs are not the only that festoon his home, however; he has many wonderful antiques as well. His wife has worked with antiques for years and he considers her to be his mentor on them.

As the bowtie table might suggest, Alexander’s favorite fashion accessory is the tie. He claims that they are the only piece of men’s apparel that has a great deal of latitude and room for self-expression.

How Alexander Got His Start

Alexander grew up in the clothing store his parents’ opened in 1942 in Chapel Hill, North Carolina. His first toy was a swatchbook and he would take naps under the clothes. The first shirt he designed was at the age of twelve after the one he was wearing was torn during a pickup football fight. It was a blue shirt and when he took it to his father’s tailor to be mended, he requested for it to have a yellow collar. When he wore it to school the next day, the most popular girl at school asked him to talk about it, and thus his career in fashion design was born.

The first jacket he designed was when he was fifteen and his first store was opened after he turned twenty-one. Alexander ghosted his first collection at age twenty-three and then he moved to New York at age twenty-six. He won the Coty Award with his second nomination and became the youngest member of the Fashion Hall of Fame when he was thirty-three. After receiving the Industry’s Career Achievement Award at age forty, he decided it was time to move on to designing furniture. It only took him ten years to finally get his foot in the door with Universal Furniture. 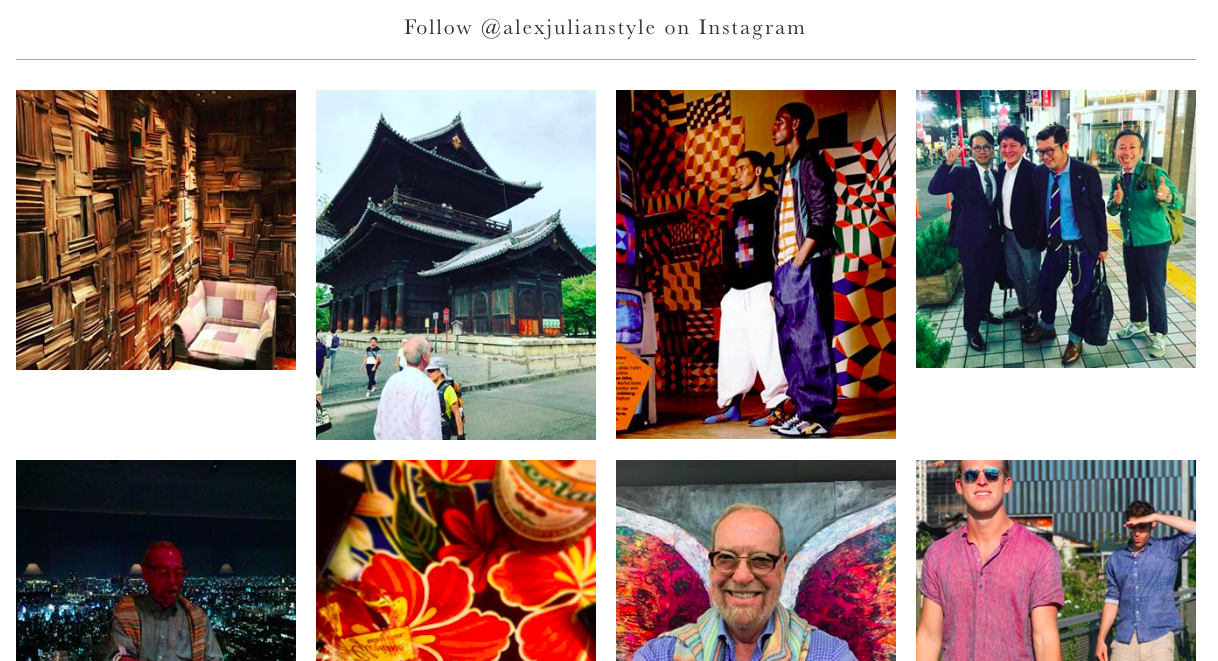 Today, Alexander still designs fashion and sells his products in brick-and-mortar stores. Most of his products are sold at boutiques in other stores, though he has recently re-opened 300 of his own stores in Japan and Italy. His most expensive, top-line brand is Alexander Julian and his mass-produced, less expensive line is Colours.

As for his furniture, he only works on one design at a time. Networking is a large part of his career because, without the right relationships, Alexander claims, his brand would not exist. While he does value the relationships he makes through work, he values the customer even more!

In addition to furniture and fashion, Alexander has also done vinting. He was a vintner for three years and now has plans to produce vodka. If given the opportunity, he would also like to design cars. 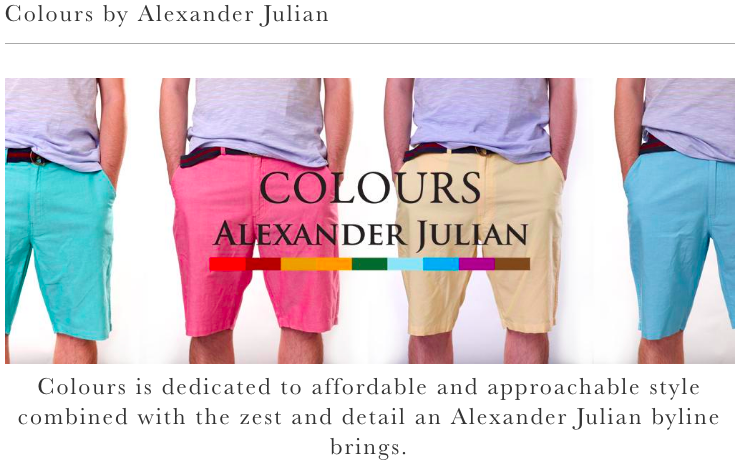 Alexander says that if anyone wants to excel in any creative field, they should first learn to recognize the difference between ordinary and exceptional. He claims that knowing that difference is the best way to add depth and meaning to one’s work. Along that same vein, he believes that the most important part of someone’s personality is their taste. When doing interior design, he advises that you be in touch with what makes YOU excited to wake up in the morning and feel like the best version of yourself.

Despite his enormous successes, Alexander notes what he considers to be his greatest disappointment: His inability to paint. He wanted to be an artist, but the right brushstrokes escaped him. Over time, he says he became afraid to paint. Creating textiles and designs works for him because they provide a more solid basis for his materials than wet paint.

He also wishes he had paid more attention in college. He was once deeply invested in the sciences and experimented with chemistry for a time, but ultimately never graduated. Even still, he spoke as a distinguished alumni for a graduation ceremony at his university, proving that a college degree is not a prerequisite for success.

When Mark asks Alexander if he will ever retire, he says yes… but not until he’s six feet underground.

As Mark and Alexander wrap up the interview, Alexander says that he is most proud of his seven children, four grandchildren, and wife.