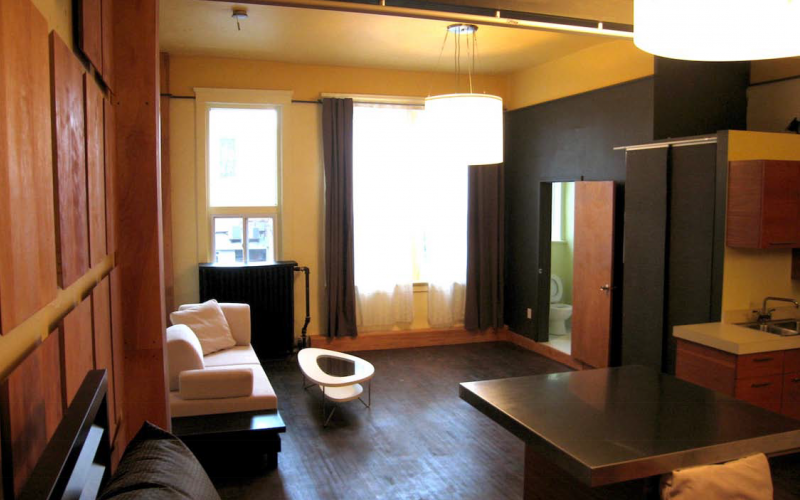 Tym is perhaps best known for his appearances on HGTV’s Design Star, however, Tym’s skills and abilities go well beyond his Design Star persona, (interior and exterior design) to fine artist, (sculptural furniture and photography) award winning singer/songwriter as well as a run at professional ski racing and adventure skiing. The common thread here, running like top stitch on a leisure suit lapel, a passion for using his wild imagination in a creative and inspiring way in everything he does! 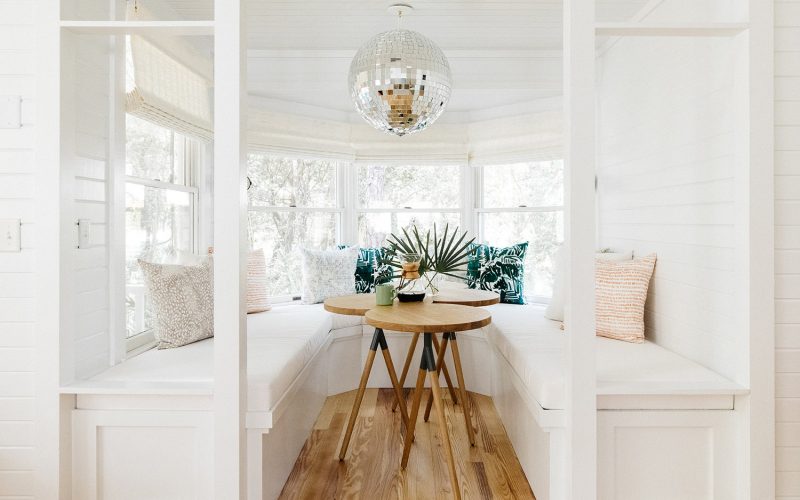 This week on The Chaise Lounge, Nick welcomes Hannah Crowell, the principal of the Nashville-based Crowell & Company Interiors. They talk about Crowell’s journey from theater major to successful designer, “Designing Women” and what exactly Nashville hot chicken is. 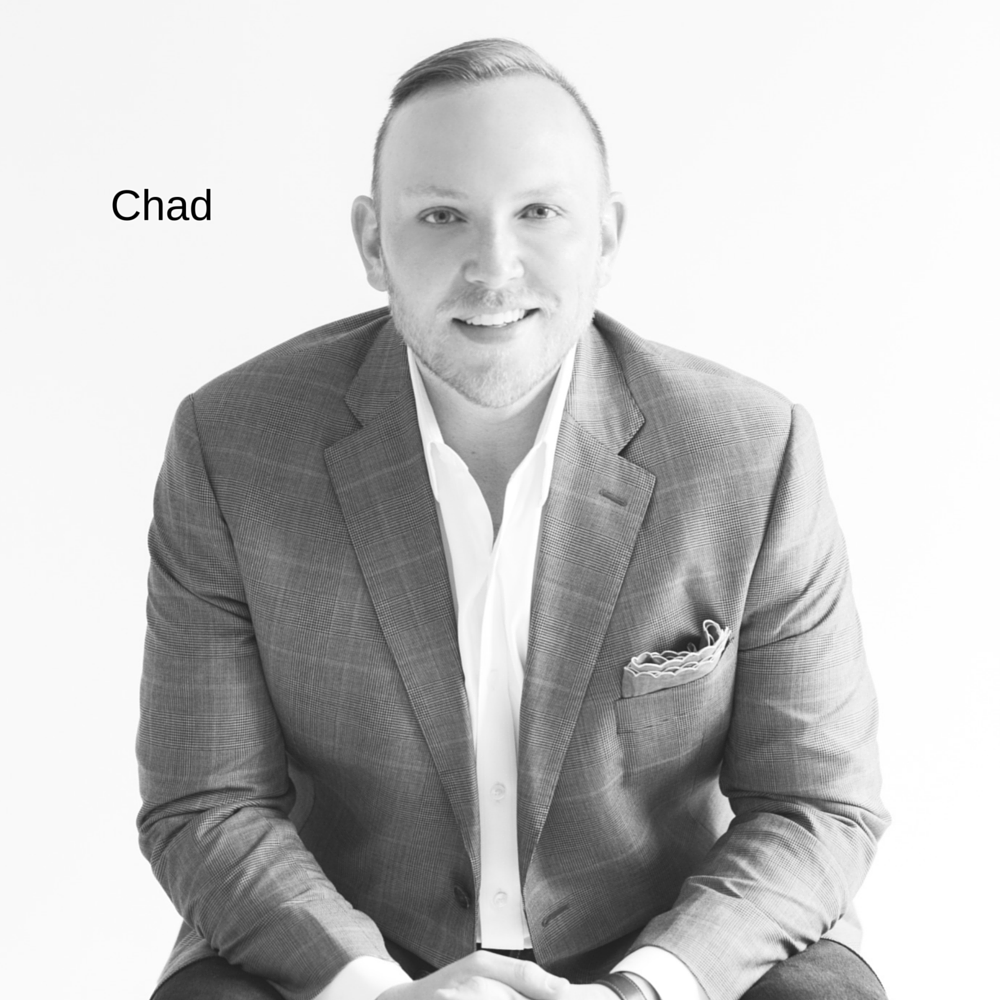 73 – Chad James: An Interior Designer who found his Happy Place.

Chad James: An Interior Designer who found his Happy Place

Nick gets to know his guest on today’s show of The Chaise Lounge, Chad James, “From an early age I was surrounded by a mother who was very creative and who really instilled this sense of creativity in me.” Chad attended Auburn on the path toward architecture but then later realized that interior design was the right path for him. His first position was as a design apprentice, pulling fabrics and running errands. Chad talks about the small projects he was given when he was first starting out.

Chad’s direction was solidified through a recruiter, who set up an interview with a company in New York, which eventually led to a full-time position in the big city. With the blessing of his mentor, Chad took the leap and moved north to the City for a while and then after a few years, he decided to branch out on his own, thus the creation to Chad James and Associates. After 4 years on his, Chad’s reputation proceeded him, and a separate firm contacted him, and he ended up joined that firm. Another 4 years passed, and Chad decided it was time to take a personal break, that included traveling and getting mentally and physically healthy. During that time, Chad decided it was time to go back to working for himself.

“I’ve always had this desire to create and to design, and the part of owning a business or a group, is that you don’t always get to solely design or create, because you are managing everything, it’s so little about designing anymore, if you allow it to be that way.”

Chad describes his business, which includes seven employees and Chad’s dog, who also acts as the go-to for any needed emotional support in the office. Nick and Chad talk about the differences between the first time Chad owned his business and the second time around. “I have not always reacted in the way that I probably should in the past, towards problems, or towards pretty much everything. I went through a period of life where I was very reactionary, and part of that cleanse and part of that moment that I took to regroup was for me to reset my mindset about how I was going to deal with things in life. I think that we have these moments in life that are tests in learning how to respond and learning how to respond, and we’re going to repeat that test until we get it right.”

I have this saying in our company, “If it’s not fun, we’re not doing it.” Chad talks about how this motto or guideline that helps him select the clients and the projects he chooses to take on. He also describes how his attitude sets the standard in the company, and how that affects his group, who will follow his lead.

Nick and Chad talk about what Chad took as far as what to do and what not to do from the other firms he worked with throughout his career. “One of the things that I learned in the last firm that I was involved in, is that every person on my staff needs time with me. I travel all the time, I’m in and out, I’m with clients, I’m there an hour then gone three hours. So if you have a staff that doesn’t feel like they have time with you or feel like they can approach you, then you’re going to find yourself in a place where productivity is not happening, because people don’t know how to move forward without clear direction.” Chad talks about his weekly staff meeting, where each staff member has at least an hour with Chad, to get his edits and suggestions on what they are working on.

Nick asks whether Chad prefers hiring someone who has experience or someone without experience. He describes the differences between the hiring process of support staff versus design staff. Nick and Chad talk about the importance in a small business, of checking each other’s work, and how everything that goes out with Chad’s name on it, crosses his desk first.

Nick asks Chad about how clients find him. “What I’ve found is plain and simple, its word of mouth.” Chad talks about the marketing that he does through social media platforms but describes word of mouth as the most influential tool for getting clients.

Nick asks Chad how he charges for his business, “We charge a consulting fee, which is a set fee per square foot.” Chad describes how his process differs from the more typical type of the hourly charge for a designer’s time. “What I’ve learned is, if I can’t trust my client, how can I expect my client to trust me?”

Chad concludes his interview with Nick talking about some of his exciting new projects, and moving into a new office space. To learn more about Chad and his firm, visit his website www.chadjames.com or on Instagram under @chadjamesgroup, and also on Facebook. 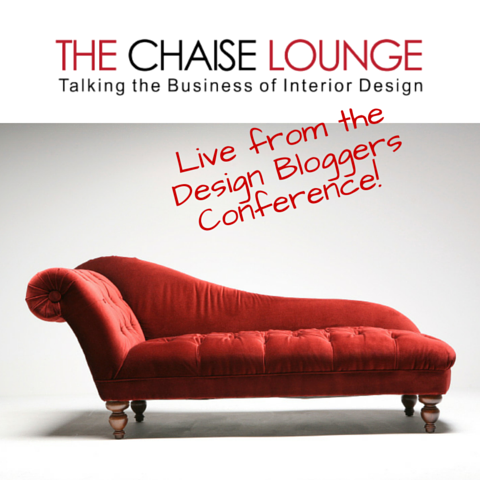 Welcome to Day 2 of the Design Blogger Conference in Atlanta, GA. Nick May of The Chaise Lounge has another round of amazing guests!

Amanda Gates of Gates Interior Design talks about the difference of life and people in California and Nashville, TN. She runs her interior design business out of her home which is what a lot of highly successfully designers are starting to do. Amanda’s design style is very green and Feng Shui. She is enjoying the southern grace design that Nashville has to offer.

Audra Wrightson, of Audra Interiors, is an interior designer that has just started diving into the blog world. She is hoping to mentor and educate via the online world. Her design style is very timeless and classic. Audra also started a company called Suite Dreams. It caters to designs for nursery, kids and teens as well as playrooms

Bruce Andrews Design is a luxury furnishing design brand. Bruce Andrews started the company with a line of chairs. The collection is expanding to ottomans, sofas, lights and fixtures. Everything is handcrafted and handmade. Each piece will be limited edition, only 100-170, of each. They are timeless, heritage pieces that are collector items.

Krystine Edwards is a realtor and interiors designer that will be starting on her own HGTV show called “Charleston Charm.” It’s a family show featuring both her sons as well as her contract husband. The pilot will air on Sunday March 20th at noon (check local listings) on HGTV. She is also featuring giveaways on her social media sites. 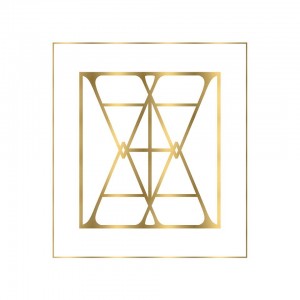 Lisa Rickert shares her love for furnishing with her new company Ave Homes. Ave Home is a specialty furnishing company based out of New Orleans. They currently feature 4 collects of vintage styled furniture. The main focus is furniture for the living room and dining room. Ave Home is a new company, started in January 2016 but already had a showroom in Las Vegas and will open another at High Point Marketplace.