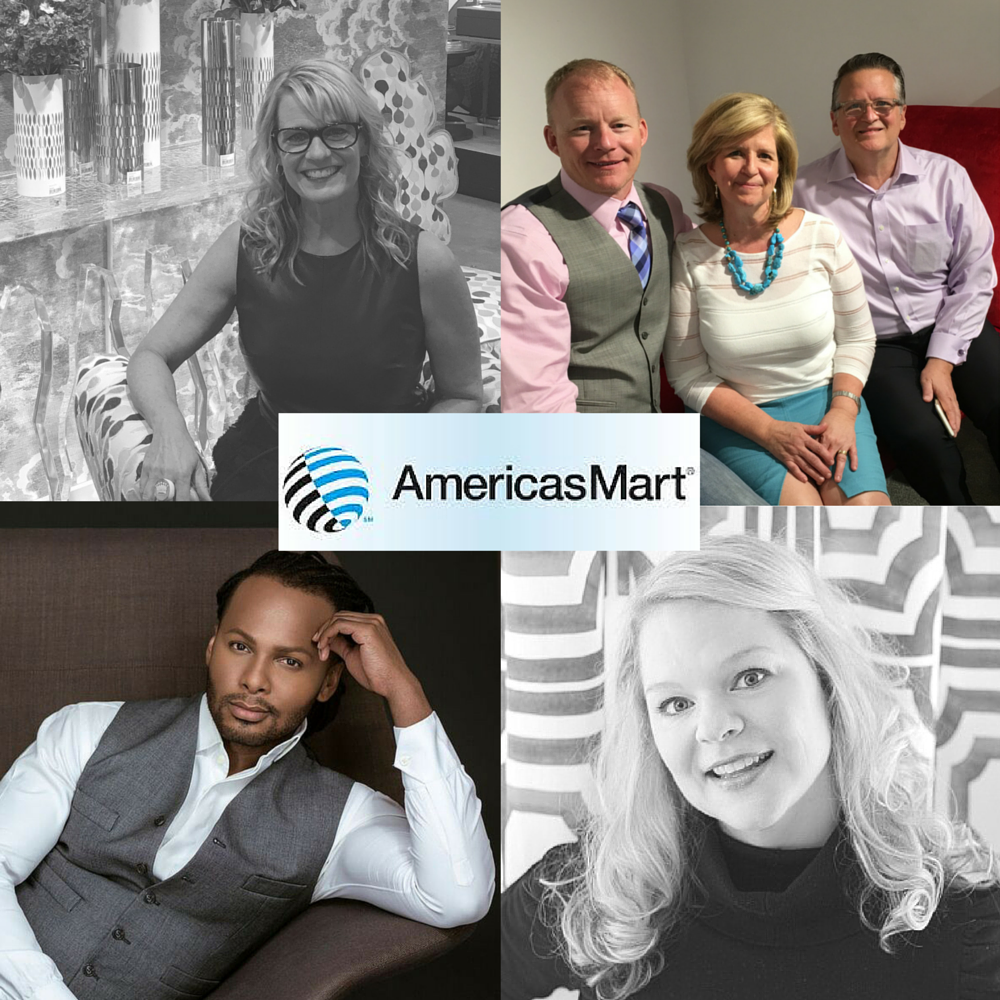 On today’s episode, we have the second installment of our series from the AmericasMart Home Furnishings and Gift Market in Atlanta, Georgia. Nick May will be interviewing a handful of designers and retailers that are featured at the Market. (Note: the episode intro includes an interview with Josue Franco; this interview will actually be a part of the third installment of this series.) 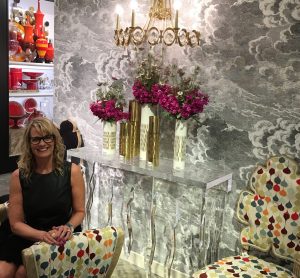 panel for marketing and licensing. “I’ve been doing licensing for two years, and it was my very first foray into licensing with a fantastic mega company called Global Views, a world leader in home accessories, they are everywhere!” Julia’s background in design started in Chicago, where she started as an interior designer. “I was originally in fashion and worked for Neiman Marcus on Michigan Avenue, I’ve studied Fashion Merchandising at the University of Arizona before moving back to Chicago. My mother was always an antique-er, and now I’ve turned into that mom as well, and that gathering of antiques has turned into my business.” After retailing these pieces from her collection of antiques, Julia’s career turned toward interior design. Be sure to keep following the Chaise Lounge because we will definitely be having Julia back in the lounge for a more in-depth interview in the future, in the meantime learn more about her firm by visiting www.buckinghamid.com. 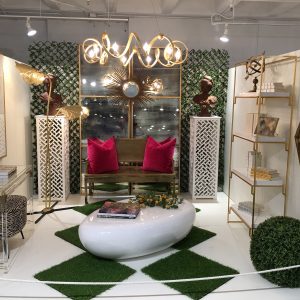 John and Susan of Nandina Home & Design is another team of designers that were chosen to create a vignette in the vignette gallery at the Market. “It’s exciting because it’s actually the first time that John and I have gotten to work together on a design project! We were asked to create a vignette about six months ago, our thought process was ‘we both are designers and we do design constantly,’ and one of the things we are asked to do is this room in people’s homes that is the multi-functional room, and it needs to look fantastic, so that’s what we based our vignette around. The pair speaks about their opposing design aesthetics, and how they merged them together to create a cohesive look. Nick asked where they started with the design, and if it was difficult to select items only from the market. “We see so much and we are creators so our creative juices get flowing and we think ‘oh my gosh,’ and we were way outside the box initially and then we brought it down to what we could actually get done!” says Susan. Nick talks with the team about their unique set-up, John and Susan are actually brother and sister, they started with a retail storefront that turned into a full-fledged design business. John says, “Our work in the store is an extension of us, so what we try to create is an environment that will display a feeling.” Susan shares with Nick all of the things she has to do at market, the events and also the shopping, tune in to hear tips from the team on how to approach such a large event with so much merchandise. To learn more about Nandina Home & Design, visit their website at www.nandinahome.com and follow them on Instagram @nandinahome. 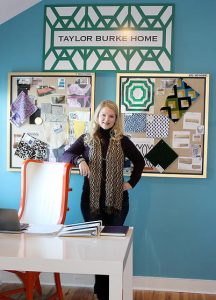 husband and I moved overseas, and I did a lot of work for ex-pats like me!” Julianne shares her background with Nick, and how her business grew by word of mouth during her time spent living in many different countries. She discusses how she had to create custom pieces that reflected western aesthetic where those types of pieces weren’t readily available. This led Julianne to really appreciate the process of creating furniture and eventually led her to Taylor Burke Home. The design studio and customer service is based out of North Carolina, and the majority of her products are manufactured in the southeast United States. Julianne advises on the importance of being a part of markets, whether it’s High Point, AmericasMart or Vegas. “We’re excited to be back here, we want to get back in front of our customers again and show them what’s new and meet them and talk to them about what they are seeing in the marketplace. We can then take that feedback and create things based on what the customers have said.” To learn more about Julianne and her work visit www.taylorburkehome.com and all social media channels! 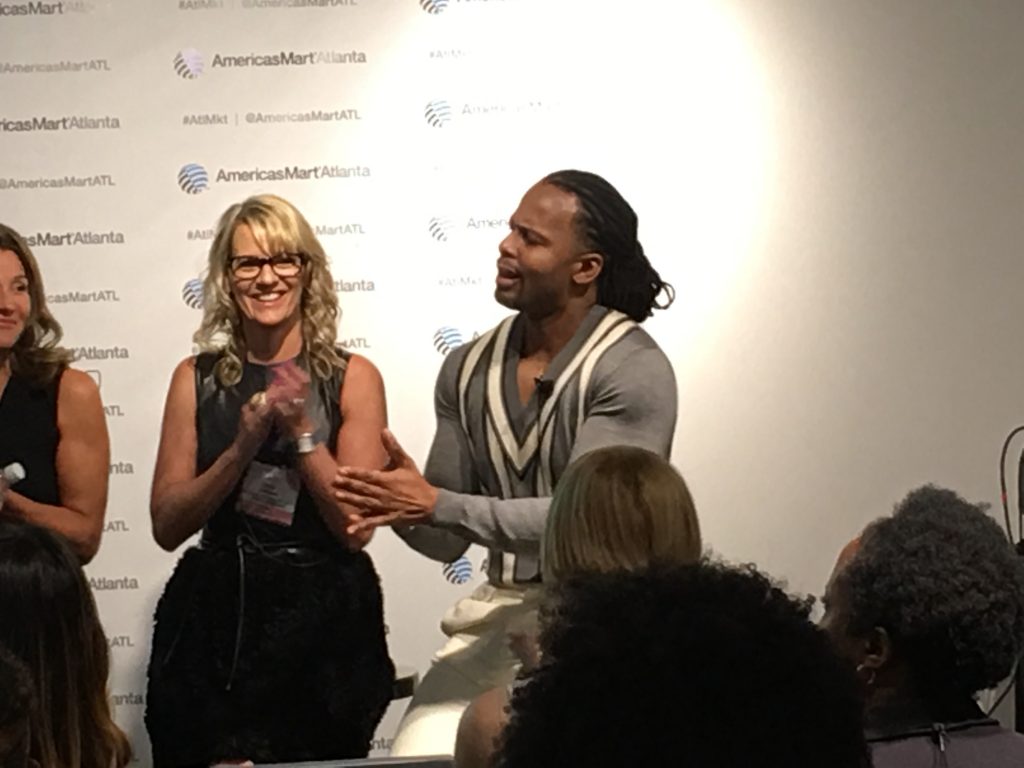 Michel was on a panel at AmericasMart on branding and licensing. Michel speaks with Nick about his product lines and the licensing deals he’s made in the past. Of his background Michel says, “I was a fashion junkie and that brought me to New York,” after a visit to a design center he was immediately intrigued by the interiors world. While originally interested in Architecture, Michel decided to follow a path in fashion, but ultimately decided on interior design, which he describes as the perfect merger between those two worlds, with the hard lines and the soft lines. After his education, Michel went straight into working for himself, which he describes now as arrogant and uninformed, however, he talks about how the mistakes he’s made has made him a stronger designer now. Of the biggest things he had to learn, Michel talks about balancing a budget and professional practice, specifically how to deliver bad news to clients. “The most important thing has become, the right team.” Find Michel on Instagram or visit his website at www.michelsmithboyd.com to learn more!