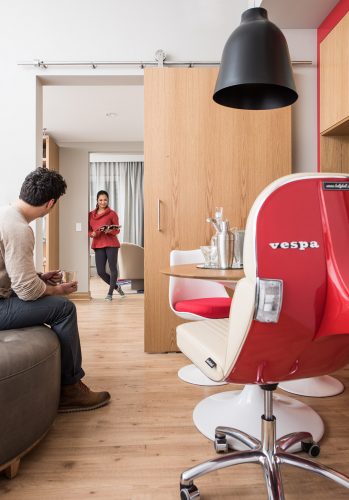 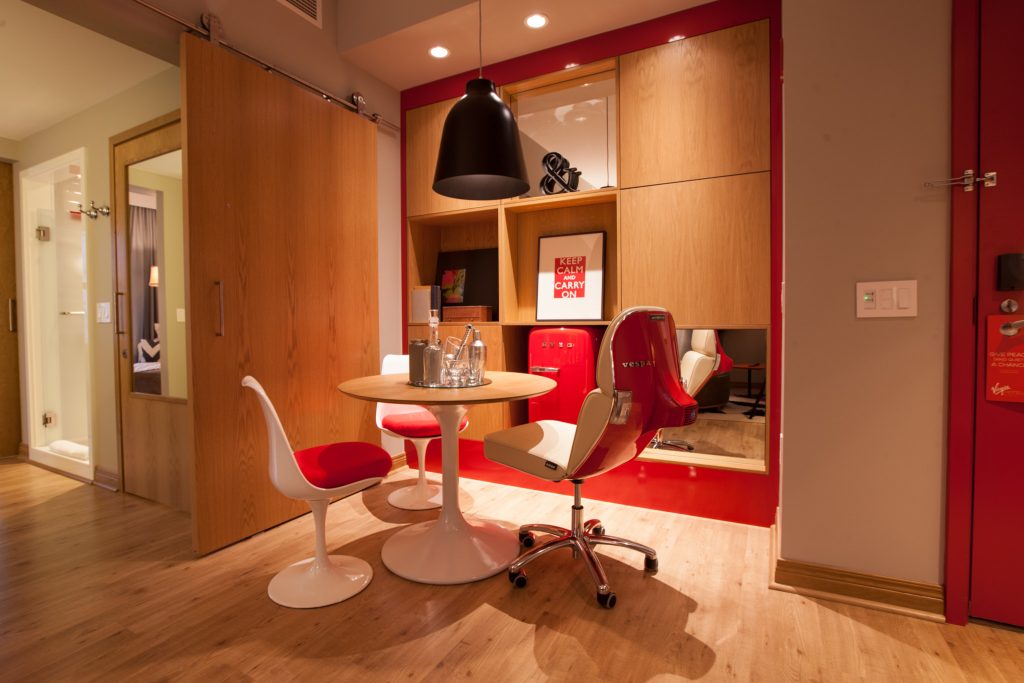 Today in The Lounge, Nick catches up with Teddy Mayer, the Vice President of Design and Technical Services for Virgin Hotels. He oversees the design of each hotel from a creative and technical perspective, develops partnerships with owners and developers, and helps the ownership groups execute the vision for each hotel. Nick and Mayer are no strangers; they first met in Spain back when Virgin Hotels had only one hotel in Chicago. At the Virgin Hotels Corporate Headquarters in Miami, Mayer fills in Nick on what has happened since, including the grand opening of the San Francisco Hotel and 11 others in the making.

Mayer knew from a young age that he wanted to be in architecture and design, even before he knew what the industry actually looked like. He attended the University of Idaho, which was the only architecture school in Idaho at the time. There, he met an interior design major with whom he co wrote a dual degree curriculum. They were the first to graduate with a double major in interior design and architecture. During his college career, Mayer went on a university trip to New York City where he attended a job fair. He was hired on the spot for a summer internship at Skidmore Owings & Merrill in Manhattan. After the internship, he finished his five year masters degree and went on to teach for six semesters at the University of Idaho.

Falling in Love With Hospitality

After teaching, SOM hired Mayer again, this time as a full-time employee in the interiors department. He learned the rigor of practicing architecture and design, and worked closely for the first time with hotels. “That’s where I really got a chance to fall in love with hospitality,” he says. From here, Mayer was introduced to Morgans Hotel Group who hired him for in-house design, a role he never he considered for his career. “It was compelling to think about working on the other side of the table,” he says. Mayer was able to bring respect to the consultants and design teams that he didn’t receive when he was in their shoes. He then worked for Gensler, where he learned about client relationships and superior hospitality. Finally, he was introduced to Virgin by friend and lighting designer, Brian Orter. Mayer interviewed two days later and moved from New York to Miami to work with Virgin Hotels.

Growing With The Brand

Mayer has been with the globally recognized brand for four and a half years now. Virgin Hotels focuses on innovating hospitality so that guests can check in and skip the learning curve. “It’s not about a big ‘wow’ moment or a big main statement, it’s about a thousand little things that all come together and that are put together by hundreds of people,” he says. Mayer and his team find a richness in creating a connection to the local community instead of forcing an outsider perspective. They make sure their designers are local, residential and/or first-time designers. “Over the past couple years, we have really solidified our strategy for how we execute on the Virgin Hotels’ brand, tone of voice, experience, and design,” Mayer says. They have received numerous accolades from Fast Company to the New York Times. Chicago was just the beginning. He is currently working on hotels in Las Vegas, Dallas (with Swoon and Joel Mozersky), Nashville, New Orleans, Edinburgh, Palm Springs, Miami, and more!

It’s In The Details

Teddy Mayer and Virgin Hotels are all about doing what is better for the people and the planet. One detail that makes this possible is Porcelanosa, a green company which has been committed to the environment from the start. Virgin used Porcelanosa Luxury Vinyl Flooring in their very first hotel in Chicago. Virgin Hotels also, unlike most of the industry, uses paint instead of wallpaper throughout their hotels. This detail helps the design feel more residential and makes for easier maintenance. Benjamin Moore’s new Scuff-X is a great product for hospitality and commercial work. It is less expensive, super durable, and requires less maintenance.

“It’s not about a big ‘wow’ moment or a big main statement, it’s about a thousand little things that all come together and that are put together by hundreds of people.”

Coast to Coast Design is back for season 2. Make sure to listen to hear all about High Point Market from Catherine’s and Garrison’s perspectives.