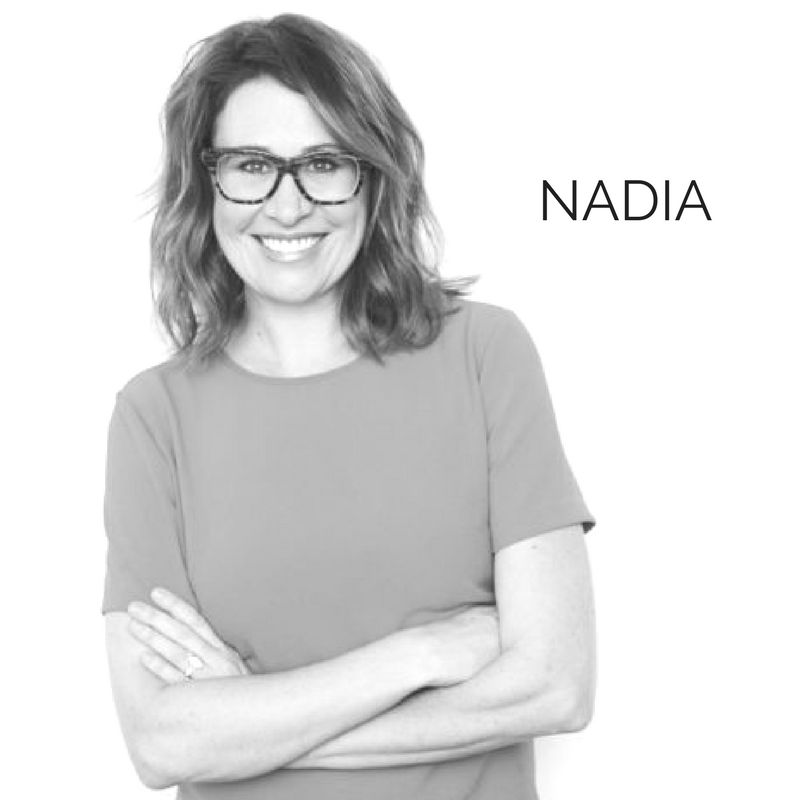 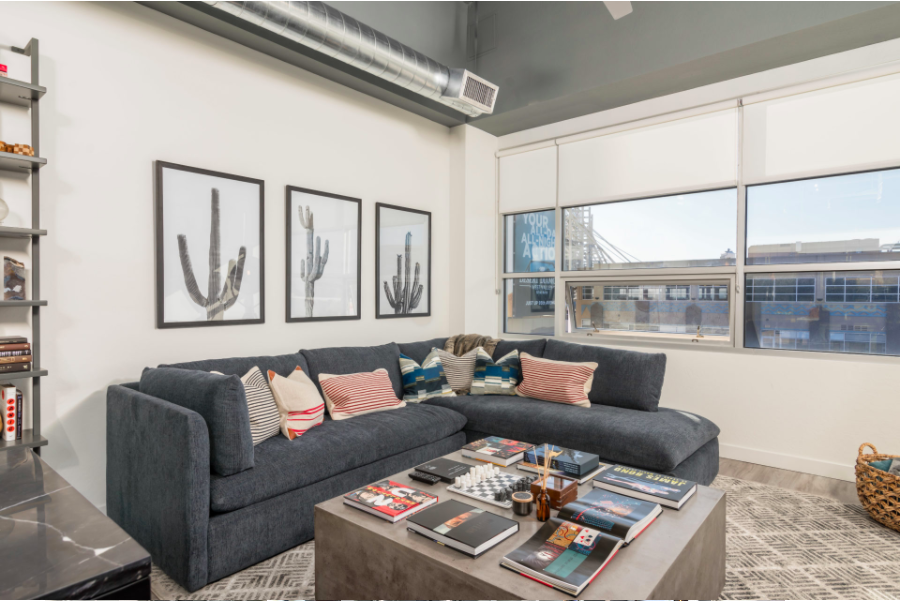 Nadia Geller: From TV to Industry

Today in The Lounge, Nick speaks with Nadia Geller of Nadia Geller Designs out of Burbank California. Nick and Nadia discuss how she got into interior design at a young age, how she was cast in the show While You Were Out, what her business is like today, and about her experience on another show, The Job Interview.

Getting to Know Nadia

Nadia’s favorite place to visit is Zihuatanejo, Guerrero, México where she’s been vacationing for the past six years. She has two kids, eight and ten years old. Nadia says that the last thing she wants to do when she gets home from work, is work, on her home. At the age of twenty-four, she lost everything she had to a flood. She is now less attached to belongings but in case of a fire, Nadia would grab her art collection and photos. If she couldn’t be an interior designer, she would be a painter and a part-time bartender, or she would just be a mom to her kids. At age 5 Nadia’s mom took her to buy wallpaper where she fell in love with interior design. Her mother had picked out a pink wallpaper that Nadia didn’t like so, she flipped through the entire book and came out with a brown, blue, and, yellow combo wallpaper that they used instead. Nadia drew houses and floor plans from second grade on. Growing up in Schaumburg, Illinois Nadia originally went to school to be an artist and later switched to graphic design. 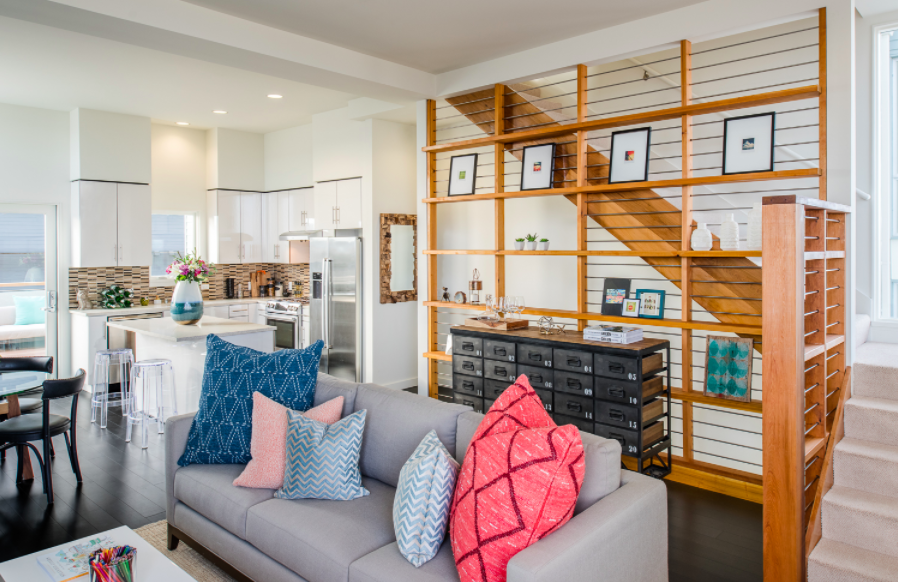 How Nadia Got Started in Interior Design

When she finished school, Nadia was a satellite coordinator for a subcontractor for tv shows shot in Chicago, such as Oprah, the Jenny Jones Show, and Jerry Springer. She later transferred and became a studio manager in New York City because her goal was to go to school there. Nadia never did end up going back to school, instead, NYC gave her the interior design hard knocks. Nadia got into all of her top schools but was already working three jobs just to make rent. Her friends encouraged her to not go back to school so she bought the books she would have read there and went out to find a job in the field. She got her start at ABC Carpets and Home as a Visual Manager, responsible for the 60,000 square feet of furniture in the showroom.

Two months after she got married, Nadia got a call from a casting director for a new show called, While You Were Out. She auditioned, got the role and was on the show for seven years. With a $1,500 budget to redo a space, she worked with local retailers and had to make the most of everything. She had a phenomenal experience, made money, and got to travel the country with a great cast. The hardest part of the show was watching herself fail miserably on some projects. There were a lot of experiments and risks because it was a TV show. In between filming, Nadia decided to start her business. A friend’s mom wanted her to work on model homes for her. She created a proposal, got the job, and started her business from there. Nadia started out by designing model homes but now does multi-family homes, condos, and hotels too. 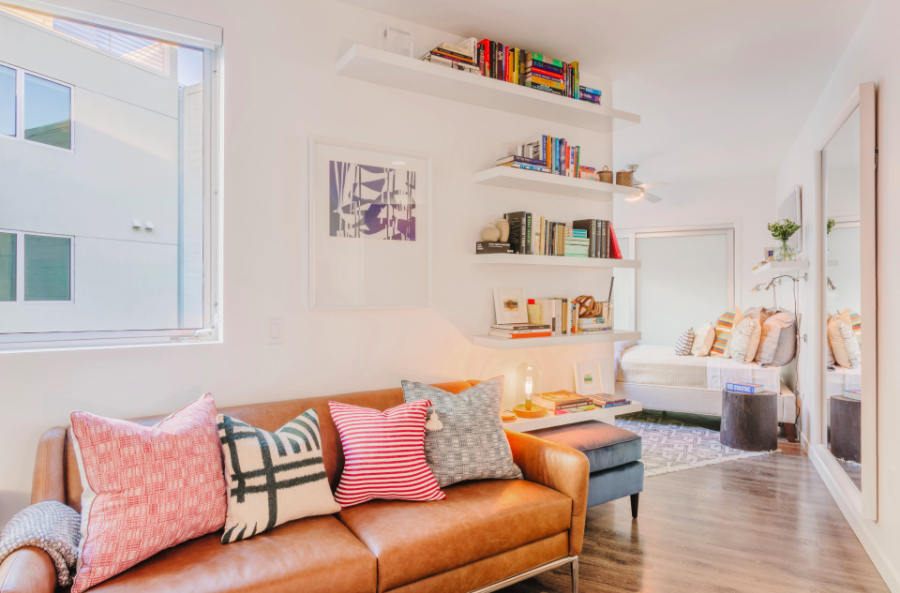 Nadia runs her business with twelve people, working on projects in Hawaii, Los Angeles, San Diego, Phoenix, San Francisco, and Denver. She first started out by hiring student designers and paying them minimum wage. Then she hired independent contractors, more experienced designers, and full-time employees. In the beginning, the hardest part was wearing all the various hats and figuring out how to manage and pay everyone. Now, she has a financial person and a bookkeeper. Nadia hired employees based on what she was spending too much time doing herself. She knew she could serve her company better if she was just the creative head. She keeps her fingerprint on everything by constructing the creative concepts and visions for each project. Nadia trusts her team completely and they all work together well because they are in sync. She designs uniquely for each client, creating projects that stand on their own and have their own personalities.

Nadia approaches leadership and management like the sport of running. It’s something that can be done individually but it takes a team to make you great. She doesn’t like to micromanage and tries to keep hours pretty normal so that her employees can have lives outside of work. Most of the jobs that Nadia has gotten have been through word of mouth. She’s put money into advertising to get more business but honestly, that hasn’t worked out for her company. She says it’s about getting the job done, not about showing off in the media. Nadia works with some colleges to hire interns, which they call junior design assistants. Nadia enjoys collaborating with artists, such as in a recent project with street artist, A Common Name, Paige Smith, who does geode installations across cities. They also brought in Lindsey Adelman to design a chandelier for a lobby. 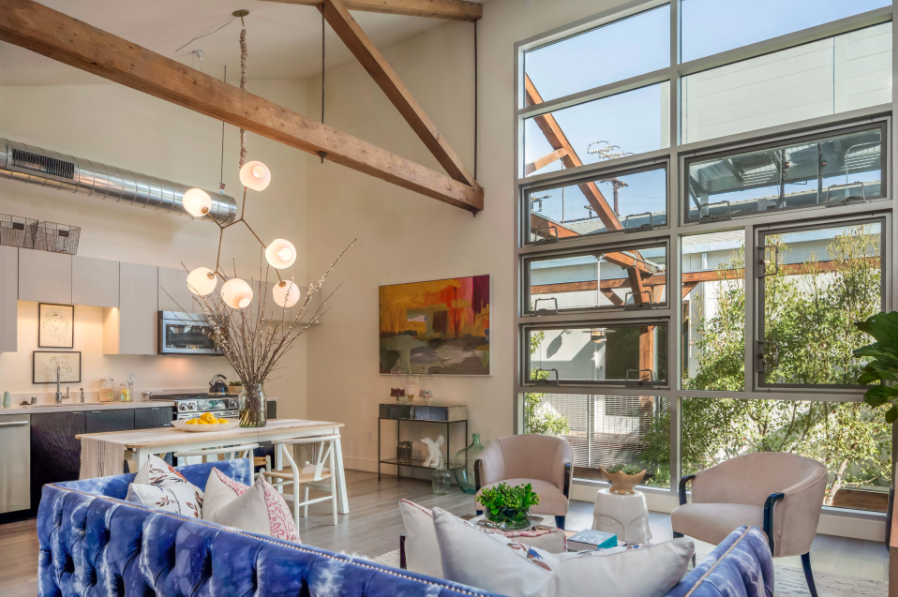 Nadia had put out an ad looking to hire for a specific job. What she received instead was a call from CNBC asking if she wanted to do a show where they look at candidates from an agency to fill the position. The show flew the candidates out and filmed on their set. This was a docu-style show. Nadia said it was fun and they did end up hiring someone. This particular person did not work out but, she was great to work with. Nadia would tell designers who want to go on the show, to go for it. You have to ready to be edited though. Most of Nadia’s reactions showcased on the show were not actually at the moment the show aired them.