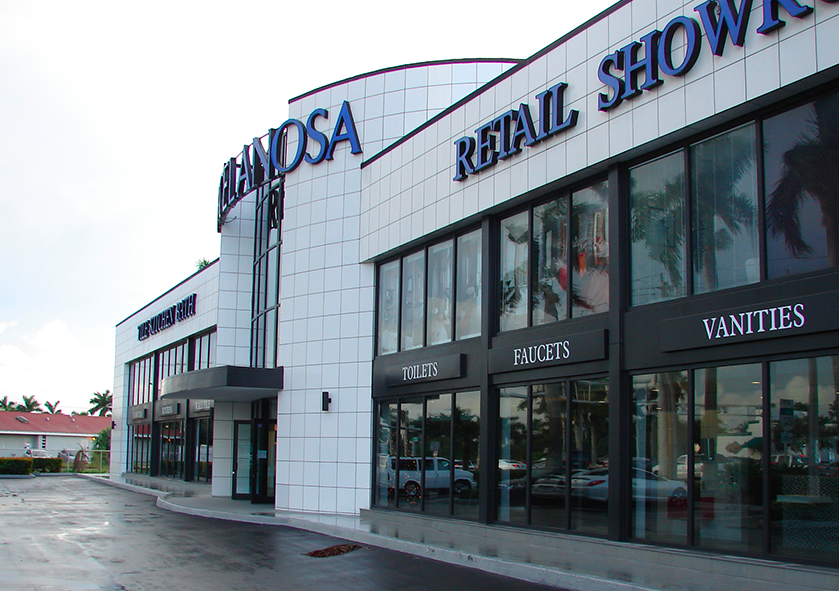 Today in the lounge, Nick catches up with Phyllis Harbinger while he’s just outside her soon-to-be new apartment in Miami. Nick is in town for the grand opening of the new Porcelanosa Miami showroom. He also has the pleasure of interviewing Charrisse Johnston, past Chair of ASID National Board of Directors and Interior Design Practice Leader at Steinberg.

What’s So Great About Miami?

Nick asks Phyllis why she chose to Miami and her first answer is simple: She doesn’t like the cold. Additionally, she had always liked Florida but was never sure about living there. When her sister took Phyllis on a trip to Miami as part of a birthday celebration, she found herself falling in love with the city. The culture was intoxicating with its rich diversity and vibrant energy; something she says helps keep her young. Not just that, but Phyllis loves speaking Spanish, which Miami enables her to do a lot of. She compares the culture of Miami to that of New York but with more cleanliness and greater energy.

Nick asks Phyllis to describe what’s happening in the design scene of Miami. She tells him that it’s ever-changing with new showrooms, restaurants, hotels, and all sorts of things going up on a weekly basis. The city is going through a renaissance period where a lot of old designs are being integrated with new ones and Phyllis invites anyone interested in seeing great design to visit Miami for that reason. Plus, Art Basel is now being held in Miami from December 7-10, along with ICFF which was held in October. The Art Deco Festival will also be happening in South Beach, Florida. With so many things going on, there’s never a dull moment in Miami. 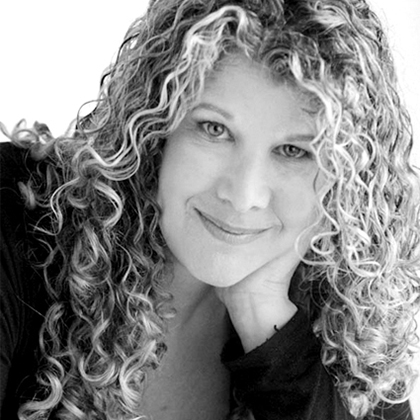 When Phyllis closes on her new apartment, she plans on renting it out from May to October to accommodate the influx Miami sees of South Africans vacationing there for their winter. This will not be the first time Phyllis has rented out a property to travelers; she sees it as a fun challenge because it requires her to make the space something she can fully enjoy along with her renters.

As Phyllis says her goodbyes, she reminds listeners to visit her on her website if they would like to use her consulting services and learn more about her.

Getting to Know Charrisse Johnston

Charrisse values functionality over style when it comes to her personal fashion, but if she were to choose a favorite accessory, it would be her handbag she always receives compliments on. Charrisse and her siblings are first-generation Americans from Chinese-American parents and that Chinese was her first language. Since her parents never used profanities in the household, she and her two brothers and one sister would make up nonsense profanities in Chinese and tattle on each other, only to be met with confusion from her mother and father. Charrisse’s favorite movie is Eternal Sunshine of the Spotless Mind, though she forgets the name at first. Charrisse notes how in today’s society, “you feel like you’re not worthy unless you’re going one-million miles-per-hour all the time,” which isn’t healthy. She argues that while we as a culture generally recognize this, more people need to actually take and appreciate time for themselves. Charrisse talks about how in L.A., professionals who don’t feel the need to dress up and aren’t required to go into the office every day are often the most successful. As such, we shouldn’t feel too guilty for giving ourselves a break. 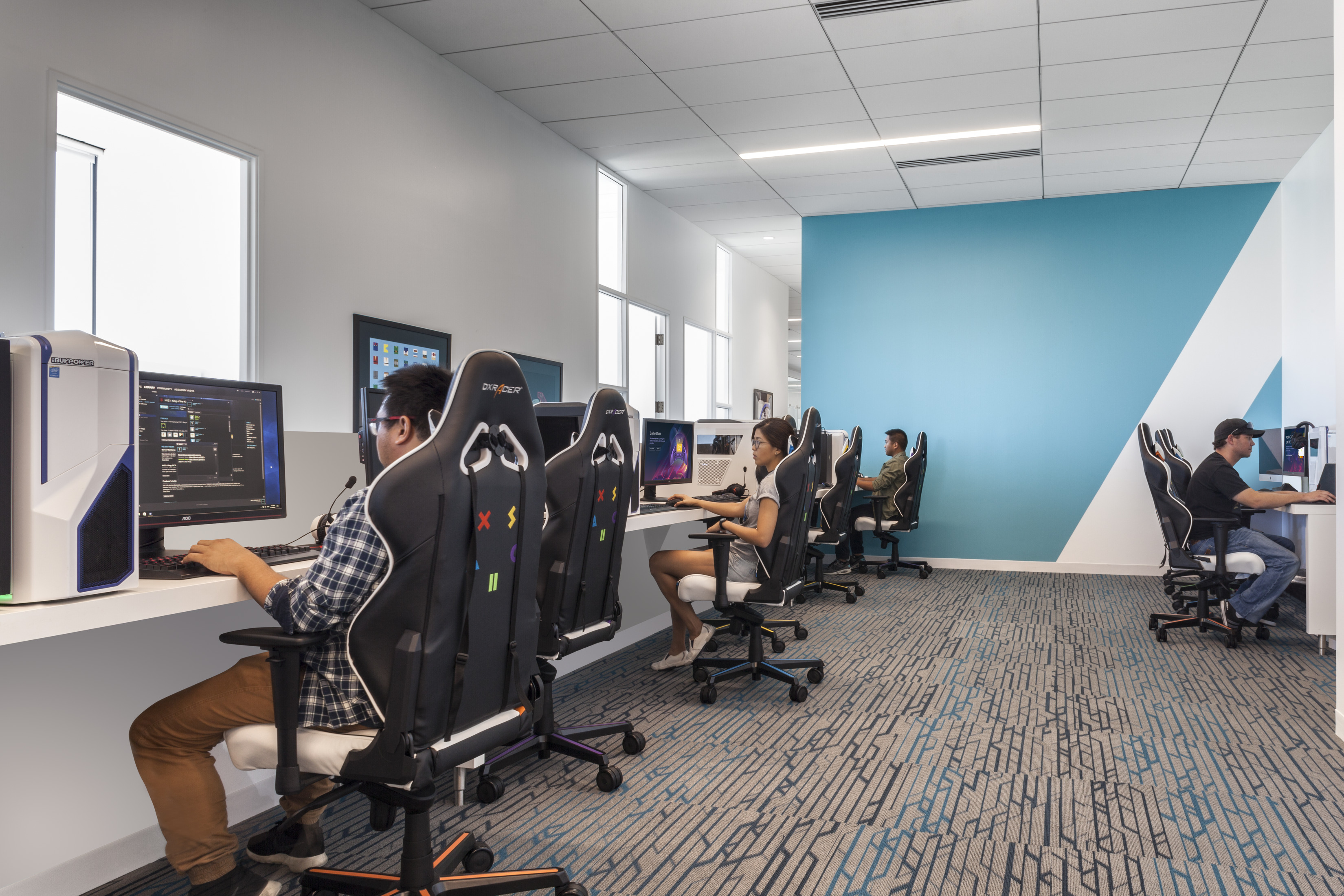 From Doctor to Designer: Charrisse’s Journey to Interior Design

As the oldest of four siblings in a Chinese-American family, Charrisse was groomed to be a doctor. She attended John Hopkins University and majored in biology with the intent to apply for medical school after graduation. During her time at the university, however, she learned that she was more interested in knowing what made people “tick” both physically and mentally. She didn’t like seeing people in pain either which made the medical profession a difficult one to truly desire.Realizing this, Charrisse decided to go to New York for the Columbia Business School to major in business and management. She found a new perspective. Returning home and telling her parents she had changed her major was a scary thought but both she and her parents got over it in time.

Later on, Charrisse got a job in consulting and moved to Wall Street. She started work as a financial analyst and then went on to become the V.P. of corporate planning. It was an interesting job and certainly a legitimate one, but it was hardly engaging. There was too much superficiality in working with spreadsheets and numbers than people. When Charrisse became engaged, she began planning her own wedding. She loved putting together a look and when she presented her ideas to the services she hired, they were surprised at how wonderfully organized she was. Her organization skills were so impressive that the florist she worked with for her wedding requested her assistance with another wedding they were working on. From there, more requests for more weddings came along and Charrisse gradually became a wedding consultant, an event consultant, and then the founder of her own business all while still working her V.P. corporate planning job. After the birth of her first child, she quit her job and ran her business full-time. 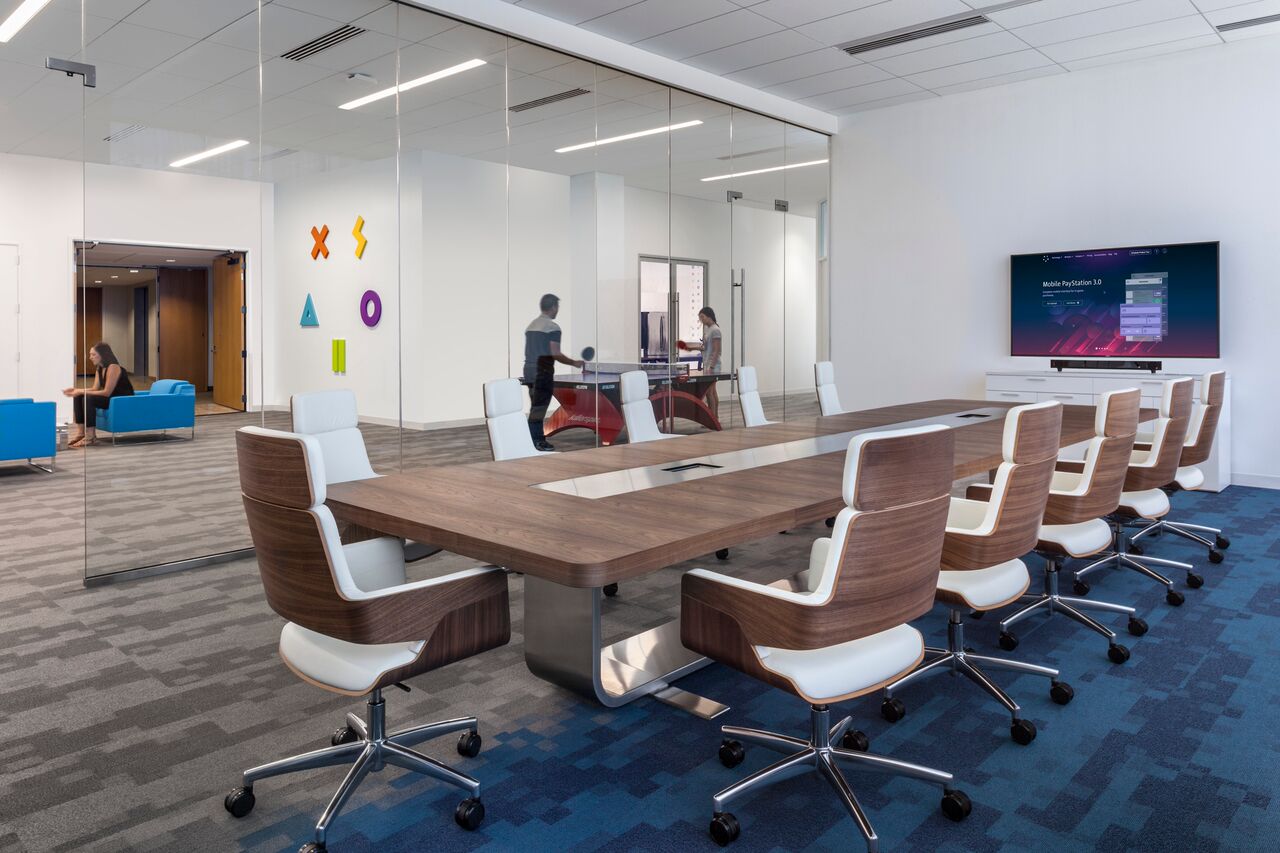 Nothing Is Set In Stone

Charrisse ran her event planning business for about five years. It was an exciting time where she got to organize “mind-blowing” weddings and enabled her to travel. She and her work were published in style magazines and she enjoyed the experience of having her own business. Alas, it began to get old. She learned that it wasn’t so much the involvement in weddings that she loved but rather the designing of them. After her first marriage failed, she married another man and moved to L.A. with him where they had a son together. She attended a free seminar at UCLA where she was inspired to enroll in their design program. Charrisse was nervous when she attended her first class, but she worked harder at UCLA than she had at any of the previous institutions and graduated at the top of her class with a degree in interior design.

She did a couple of internships, but what really set her on the course to where she is today was when she became a member of ASID. She and a professor revived the ASID chapter at the university which continues to thrive and is the most successful chapter to this day. Through the meetings held by ASID, she met a woman who set her up with a job at Gensler just before graduation. There, she was a designer for offices and higher education settings for nine years before moving to a studio management position.As a studio manager, she planned who the staff of projects would be composed of, how many hours they would work, and oversaw QAQC (quality assurance, quality control). Charrisse enjoyed her work because it allowed her to have greater control of the designs and learn about the mechanical side of design (i.e.: plumbing, electricity, etc.) that often aren’t taught to design students.

Charrisse was contacted by a recruiter one day who introduced her to David Hart, the CEO and president of Steinberg. He wanted her to start an interior design practice at the firm where there had been none before. Nick asks if this was a new trend among firms and Charrisse believes it is. She claims that since land is limited, building new things is more difficult and thus the renovation of old buildings is in greater demand. As such, she decided to accept Steinberg’s request.The staff Charrisse runs in her division is fluid. There are generally 150 people per office with four dedicated designers while they add in other architects and designers based on the needs of the projects. Together, they work on building and campus repositioning projects and are trying to be more integrated with the entire firm.

Charrisse was also the Chair of National Board of Directors for ASID, which allowed her to work with ten other individuals on the Board to think about the future of interior design. Together, they would set strategies for ASID along with the CEO, Randy Fiser, to adapt to changes in interior design. She talks about how currently, there is a residential influence in all places. Offices, cafés, hotels, and many others are adopting aspects of home comfort to make users more comfortable in such settings. Nick suggests that the opposite is happening as well where home designers are attempting to incorporate aspects of hotels and such into their places, which Charrisse agrees with. She believes that with the elevation of awareness of design, more people are being more experimental with how they arrange their homes. She claims that ASID seeks to help by de-mystifying what makes for good interior design. Charrisse’s term as Chair of National Board of Directors for ASID began on October 1st of 2016 and ended September 30th of 2017. 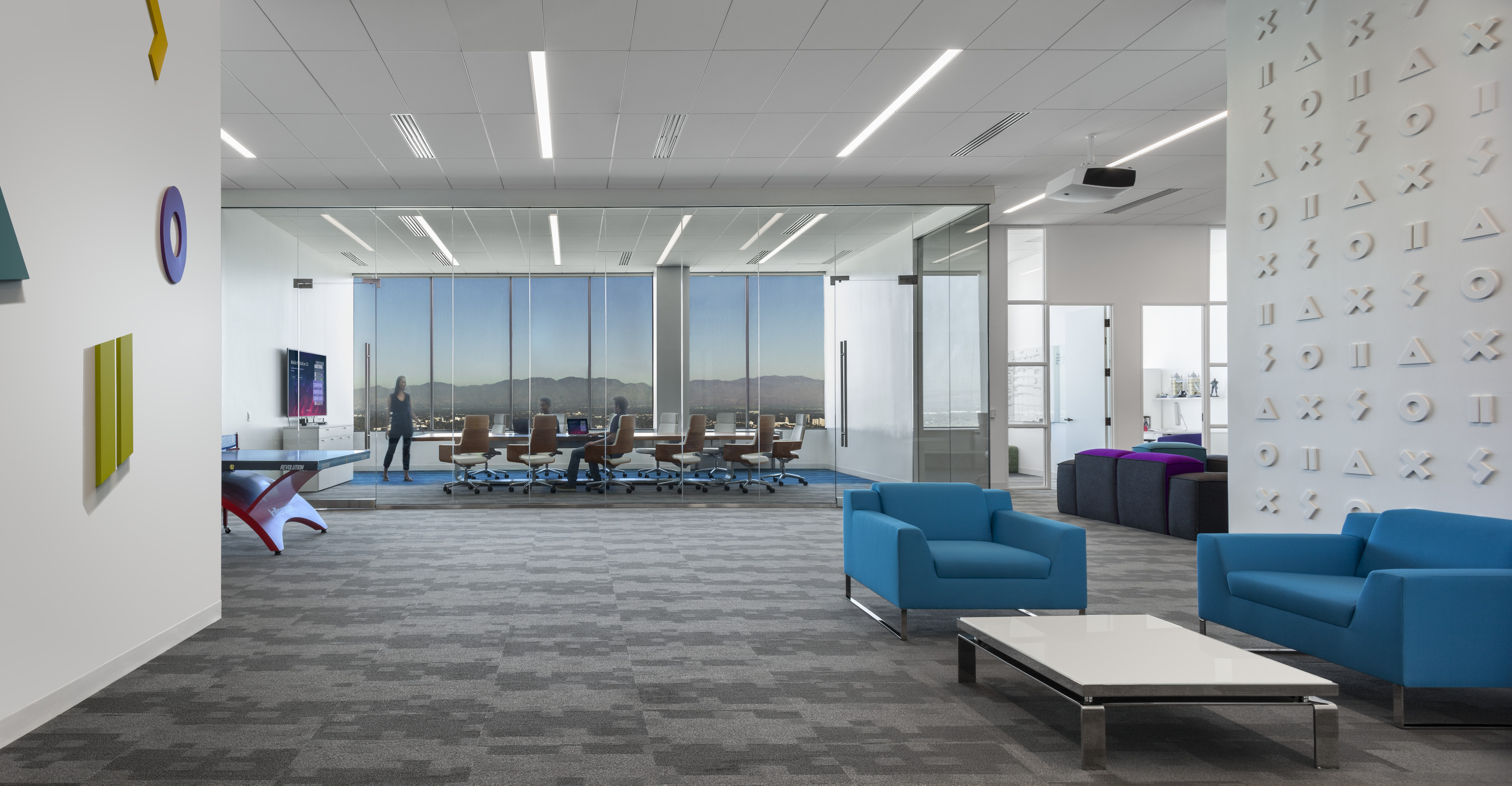 Charrisse invites you to visit www.asid.org or www.steinberg.us.com to learn more about what was discussed.

While speaking with Phyllis, she and Nick conceived the idea of hosting a tour of Miami with podcast listeners and designers. If you are interested, please click here to let Nick know who you are and what your thoughts are on The Chaise Lounge hosting such an event. Nick would also like to announce that The Chaise Lounge will be releasing two podcasts a week starting in 2018 every Tuesday and Friday. The Chaise Lounge will never be a daily podcast, but we intend to launch other podcasts in addition to the more frequent schedule. All of this will be happening in 2018, so look forward to an exciting New Year!