Warning: Invalid argument supplied for foreach() in /home/customer/www/thechaiseloungepodcast.com/public_html/wp-includes/class-wp-theme-json.php on line 1091 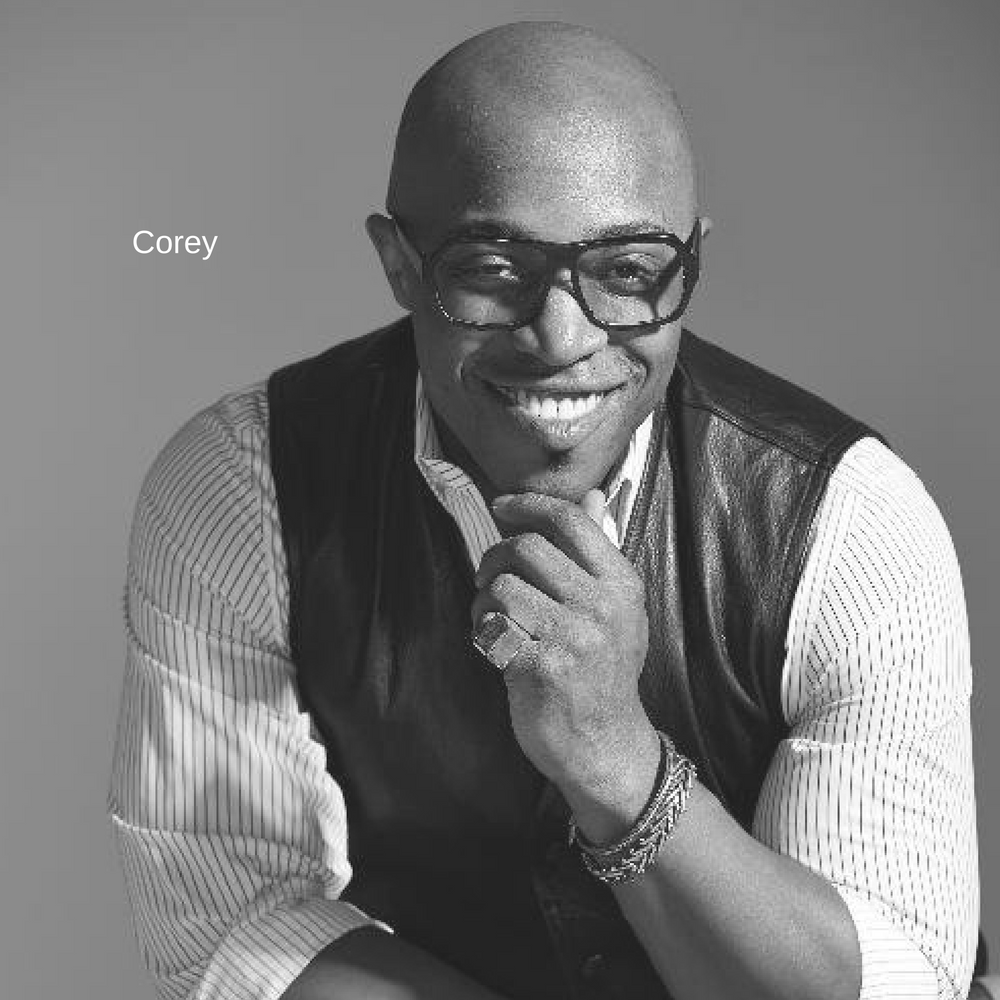 Getting to know Corey

Born and raised in Michigan, Corey enjoys vacating at the Hamptons, envisioning memories of his hometown with its rural architecture, beautiful weather and a cocktail in hand by the water. Born with a design DNA, he was raised in a household with design trends and renovation. Corey still remembers his childhood memory of undoing screws and bolts of chairs at the dinner table, which piqued his design interest. At 19, he pursued an education in Interior Design and moved to New York City, while interning at a construction company in Brooklyn that refurbished historic buildings.

Upon graduation, Corey accepted a purchasing position in the automotive industry in Michigan for job security, per his father’s advice. Even though his interest was in design, he had a steady job and a great lifestyle for over 10 years. Unfortunately, during the recession of 2006-2007, he faced his first layoff.

Corey took advantage of the opportunity and chose the path back to design. Even though he was overqualified for the jobs, Corey humbly worked on menial tasks at Robert Allen and Becon Hill at the Michigan design center, where he was laid off a second time. Alas, he was back where he started at the unemployment line.

After the emotional rollercoaster rides, he took charge of his destiny by opening his design business in 2009 in an unstable economy — a time where other design businesses were shutting down their doors. In a very stressful time period, Corey continued to collect unemployment checks while building his own clientele. He landed his big break and first client through a referral from the design center. Shortly after the completion of his first project, launching his professional website and photographing his project, he was cast on HGTV. He competed and won in the design star competition Showhouse Showdown.

Corey gets his big break

After winning HGTV, Corey was lucky enough to be selective with his design projects and business. He was able to utilize his true talent, by mirroring his and the client’s vision together to create versatile, one of a kind projects. He credits his success to HGTV, publications on House Beautiful, Wall Street Journal, Traditional homes and referrals for his fast growing clientele.

Today he has a small team of 8 employees: a visualization specialist, accountant, social media director, several design specialists, and a media/publication team. This year at High Point Market Corey launched a spring furniture collection in collaboration with Leathercraft.  In the near future, he is working towards expanding his business by opening a satellite office in New York City.

His advice to other designers: be humble, be nice, don’t micromanage and keep your head close to the ground so that you won’t have too far to fall. Here’s hoping to see more on Corey’s success on Veranda, Elle Décor or the next HGTV show.

Here is where you can write any additional information regarding Markets and trade shows, TCLP News, etc.

Follow this link to see what our sponsors can do for you.